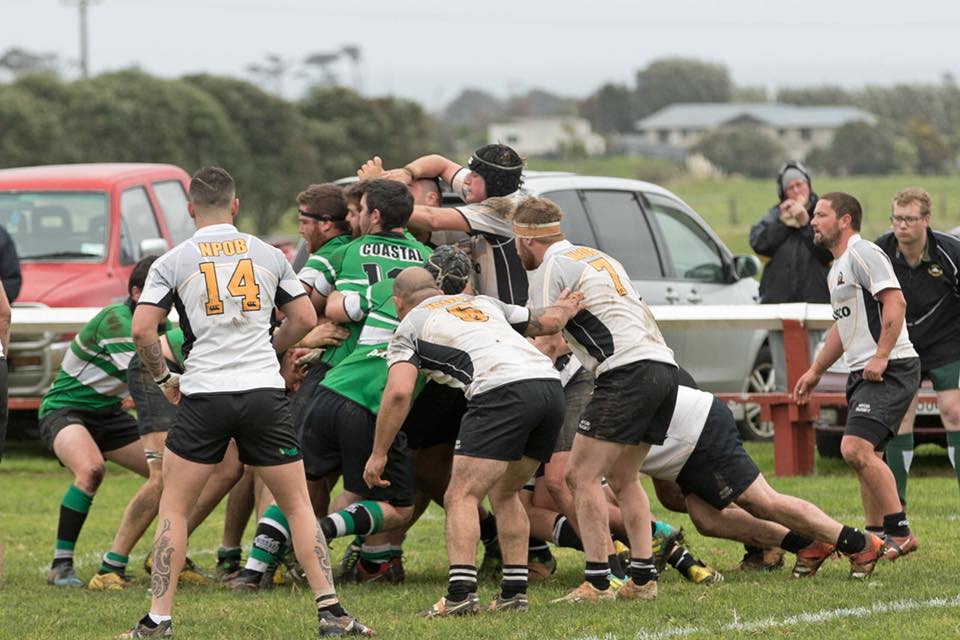 In opening this update we would like to take this opportunity to recognise the great support the Club receives from all of its Sponsors and in particular its major sponsor PAKn’SAVE. We encourage all club members and supporters to utilise the Sponsors as much as possible in recognition of the great support they provide the Club.

The semi-finals of the senior competitions for 2018 are now complete with the Premiers, Division 1 and Colts sides representing the Club with distinction. The Premiers and Colts sides managed to win their games and will advance to the finals this weekend while the Division 1 side’s run has come to an end. The finals will be held this week at Jubilee Park in Inglewood where the Premiers take on Coastal at 2.45pm and the Colts take on Spotswood United at 1.15pm.

BCD Group Old Boys Premiers bounced back from last weekend’s last minute loss to Coastal at Rahotu to overcome arch rival Tukapa in front of a large crowd at Sanders Park. Old Boys went into the game looking to reverse the previous losses to the Chooks in the round robin games and to qualify for the final. Old Boys opened the scoring with a penalty to Daniel Waite before Daniel scored the first of his 2 tries after 30 minutes to give Old Boys an 8-0 lead. Jackson Carrington then scored the first of his 2 tries in the corner after an excellent short side move to extend the lead to 13-0. Tukapa scored next reducing Old Boys lead to 13-5 at the break. Tukapa opened the scoring in the 2nd half with a penalty before Daniel Waite replied with an excellent penalty kick from around 50m to extend Old Boys’ lead to 18-8. Daniel then showed good pace running 70m to score his 2nd try after picking up a loose Tukapa pass to put Old Boys into a strong position with 15 minutes to go. Jackson Carrington scored his 2nd try 5 minutes later to give Old Boys an unassailable 26-8 lead. Tukapa scored late try in the game but it was too little and too late. Old Boys dominated the game and thoroughly deserved the 26 -13 win.

Alsco Old Boys Division 1 unfortunately ended its season last Saturday following its semi-final loss to Coastal at Rahotu. Old Boys, depleted through injury, competed well in some facets of the game but struggled to maintain the intensity required for 80 minutes. Old Boys opened the scoring early in the match with 2 penalties thanks to the boot of Sam Wiringi to lead 6-0. Unfortunately that was all the points Old Boys could muster before Coastal got into their work scoring 6 unanswered tries. Willie Lane made tackle after tackle in trying to stem the Coastal attack and James McKerrow worked tirelessly in the tight to keep parity in the set piece. Old Boys however lacked front-foot attack and as a result struggled to link to the possible opportunities out wide. The team are now looking forward to an early muster next season and building on the hard work done this season. The team would like to thank its sponsor Alsco for its support this year and wish the Premiers and Colts all the very best in this week’s finals and hope to see some silverware back in the Whitehouse.

Pepper Construction Old Boys Colts qualified for the final with a 33-24 victory over Southern at Vogeltown Park. Old Boys had to battle hard to overcome Southern but were always in control after scoring two tries within the first 10 minutes, the first from a set play move and the second from a quick tap penalty on its 22m line. However Old Boys’ efforts were frustrated as they were unable to exit from their own half effectively after scoring points allowing Southern back into the game. Southern managed to hold the ball for long periods of time but its approach was limited with 1-off runners and pick-and-go. Old Boys defended well around the fringes and out wide its backs continued to pin Southern’s backline behind the advantage line, allowing them to take the points on offer and keep the scoreboard ticking over. Player of the day Old Boys was Brayton French and the hard-man-of-the-day was Cory Jury who was very busy with his tackling when he got out onto the field. Defence is expected to be the key if the team is to be successful in the final against Spotswood next weekend.

For the Junior Club the school holidays gives all teams a week off before they head into the final age group tournaments. Old Boys will be hosting the U8 North Taranaki tournament on July 21st. The U11 and U13 restricted teams played well enough to make the quarter finals, but unfortunately results didn’t go their way, effectively ending the season. The Old Boys U13 Open Weight team have made it through to the semi-finals after some excellent rugby in the later part of the second round. With the opportunity to play the final as a curtain-raiser to the Ranfurly Shield game on July 28th, the boys have everything to play for against Tukapa at 12.00pm on July 21st. Best of luck! The key sponsors for the Junior Club is the Mark Newman Memorial Trust who do a fantastic job providing funding for all of the Junior Club teams. Junior Prizegiving will be on Sunday 29th July in the afternoon with more details to come.

The clubrooms will also be open on Thursday night (12 July) from 6.00pm for meals and refreshments and we invite all Sponsors to come along to wish the teams all the best.

On Saturday the clubrooms will be open from 10am for breakfast/brunch. The Club has arranged a bus at a small charge of $5.00 per person to transport supporters to Inglewood for the finals.

The schedule for the next few days is:

Prizegiving for the Senior teams will be held on 28th July with the Clubrooms open from 6.00pm with a buffet meal. Dress code will be collar and tie to make this a more formal event to recognise the achievements of the teams, players and officials during the season. Further information will be provided next week.

A reminder also that the Club is updating the Club database for the upcoming centenary and it would be great if people could go onto our website and subscribe at the bottom of the page to newsletters with your email address.