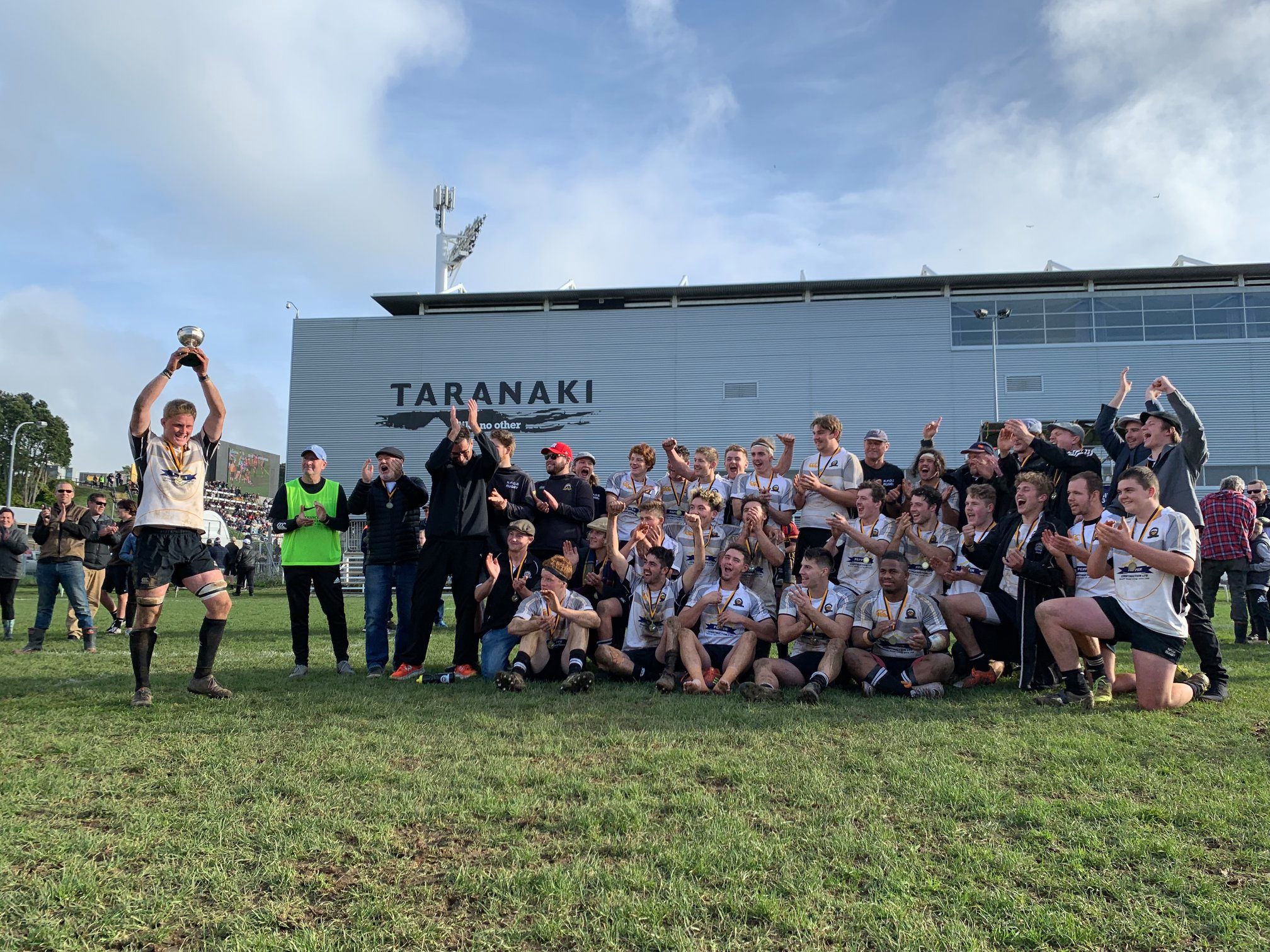 The Pepper Construction NPOB Colts are the 2019 Taranaki Colts Champions.

The team has come a long way from the 1st training day in 2018 when only about 3 players turned up to the first practice of the season. At the end of the 2018 season the team was able to scrap its way through to the final but were soundly beaten by Spotswood 39-20 without even a full bench. Fast forward 12 months and the team with a squad of 28 headed to the 2019 final again against Spotswood. While the large squad has been a blessing when injuries have occurred throughout the year, the squad had to be to be trimmed to 22 for the semi-final and final and the coaches had the hard task over the past 2 weeks telling some players that they were not required for the finals series. As has been the case throughout the year the team requirements came first and while the boys that missed selection were disappointed they fully supported the playing 22.

After 2 good practices the team felt they had prepared well and had a solid game plan to take on a sizeable Spotswood team. All year when Old Boys got into the opposition 22 they had a number of “go to” moves that they used to score tries so were confident that would happen again in the final.

Spotswood won the toss and asked Old Boys to play with the wind which wasn’t part of the team plan. As a result Old Boys were able to dominate field position with a good kicking game by Cullen Murfitt. Part of the plan was to always take points on offer and keep the score board pressure on Spotswood and Old Boys was able to take a 6-0 lead after 6 minutes with 2 penalties. Spotswood scored 2 tries against the run of play but Old Boys was able to score a converted try on half time to go into the break with a 13-12 lead.

Old Boys kicked a penalty early in the 2nd half to lead 16-12 before Spotswood took a well taken try from a good kick in behind Old Boys backline to gain the lead 19-16. The fact that Spotswood used this tactic a number of times was indicative of how well the Old Boys back line defended with some really good chop tackling. Old Boys next 2 tries were scored from set play moves, firstly Cullen Murfitt scored in the corner from a clever 8, 10 left hand side play and then a line out drive both of which were converted. Closer to full time Cullen Murfitt scored another try which he converted to end the day with 30 points from 2 tries and 100% off the kicking tee with 4 conversions and 4 penalties. In the end Old Boys was pleased to put Spotswood away by 21 points.

The bench, when they were introduced into the game was key in keeping the pressure on Spotswood. The team played really well and absorbed all the pressure from Spotswood and then heaped it back on them and can feel justifiably proud of not only winning the final but their season as a whole.

The team would like to thank the Club for its support throughout the season, its sponsor Andrew Pepper and the coaching and management team for all their efforts.

In closing the Club would like to thank its Sponsors for their support throughout the 2019 season. Without your support the Club could not continue to function and play its role in providing its players and facilities. As a token of our appreciation of your support we invite all Sponsors and Partners to be our guests at the Senior Prize Giving that will be held at the Whitehouse at Vogeltown Park on Saturday 20th July. The schedule for the night is as follows:

The dress standard is collar and tie.

Sponsors could you please RSVP to either Owen at owen.mcbride@ecnz.co.nz or Keith at keith@egmontseafoods.co.nz whether you will be attending to prize giving for catering purposes.